PLAYSTATION ORIGINAL DEVELOPMENT CONTROLLER DTL-H500C – “SNES CD Development controller prototype”. There was a big issue over this the last time a similar one was posted a few years ago. I think because the previous seller tired to link it more closely to the SNES. Ends in three hours.

THIS AUCTION IS FOR THE ULTRA RARE BETA PLAYSTATION ONE DEVELOPMENT CONTROLLER – DTL-H500C.
This is one of the holy grails for collectors, so please take note – these dont just show up. Own a piece of history – not many developers ever had access to the early hardware – these arent lying around everywhere… The last auction I know of went significantly over the Buy It Now I am offering.
This has also been linked as the original SNES-CD development controller. As you are aware, the SNES-CD never happened, but had been announced. These are the same controllers, just re-purposed for PlayStation later.

This guy has some big lots for various Nintendo systems. UK though, and pick up only for most. Also has a Dr. V64 Unit and a Panasonic Q. (Thanks CRGreenhough!)

Mega Man Legends EB Games Contest Figure – Rraffled off with the release of Megaman Legends at EBgames stores. You’d have to fill out a card and drop it off in hopes of winning the figure. The sign, which was hung in store to advertise the contest, is also included. (Thanks GoSM!) 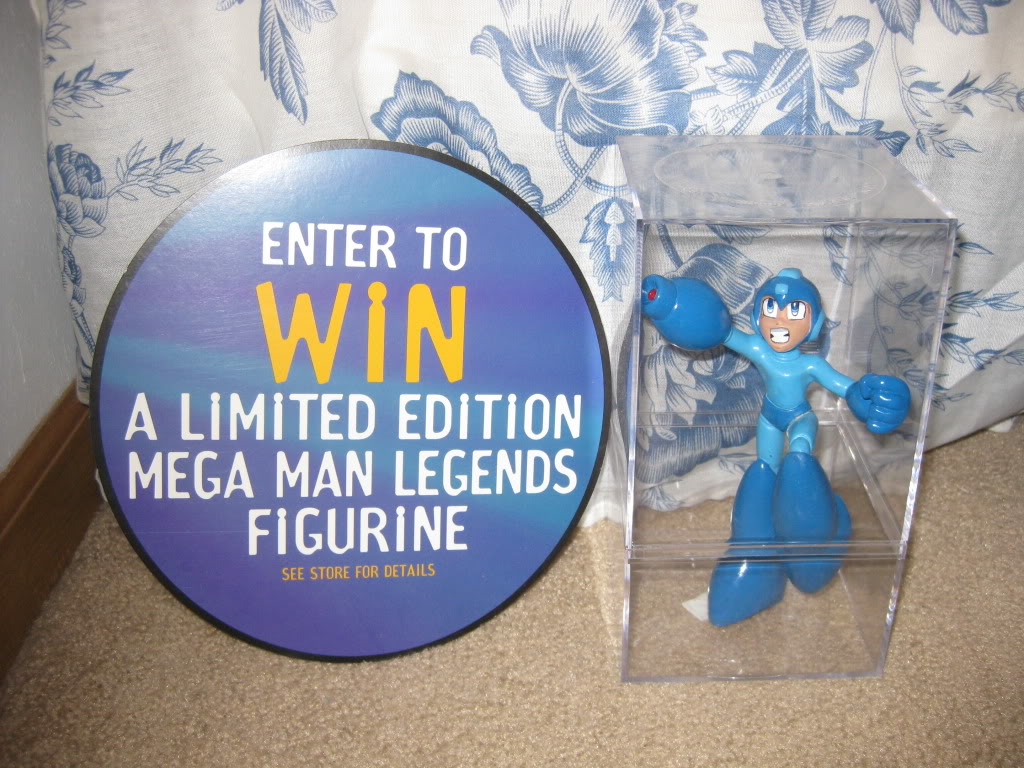 Super Mario Burger King Contest Golden Toy Prize – If you found this toy in your kids meal, you would win a Gameboy Advance! Not only do you get the toy, you also get the bag and all other items which came with the meal! These are very rare, and most of them were tossed out or forgotten as soon as the Gameboy Advance was received. (Thanks GoSM!) 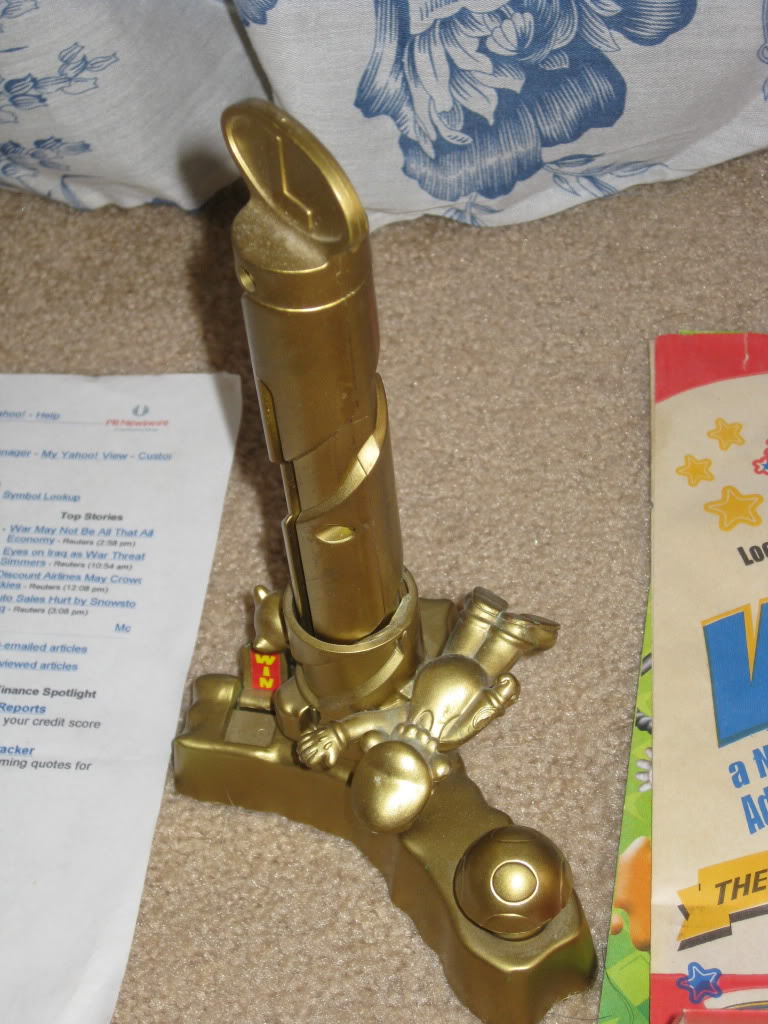 Comic Bakery Prototype Cart #1/5 ColecoVision/ADAM – I have decided to auction off some of the games I have been porting for the ColecoVision over the years but have no plans to release commercially. For each game I will create 5 cartridge, all numbered and signed. The reason I am auctioning those games is to raise money to keep funding the Super Game Module development. The third prototype game I am auctioning is Comic Bakery, and this is a port of the MSX version. Comic Bakery is set in a bakery, where the town baker tries to bake and deliver bread while fighting off raccoons. Pieces of bread would move along a factory line while the raccoons tried to eat your bread and also try to switch off your machines. You had to keep your machinery running and also scare away the raccoons. If you did this your delivery truck will be loaded with bread and drive off (to the bakery shop, where 4 kids eagerly wait for their treats, produce less than 4 breads and you loose a life), advancing to a level with similar layout (but different graphics) on a more challenging difficulty. 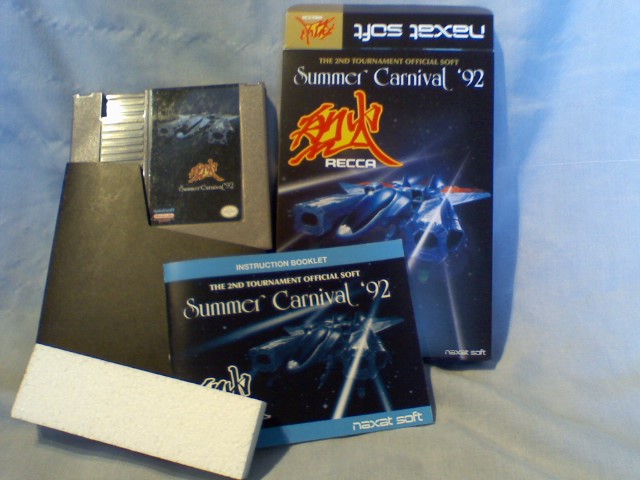 SNES Campus Challenge 1992 (Retrozone) – Added but not yet available for ordering.