This post includes what I think is extremely rare and absolutely amazing, a working and complete SNES kiosk. The link is below to follow, and trust me, if the asking price wasnâ€™t so high, this post wouldnâ€™t be shown because I would be buying this beauty:-)

RARE!! Super Nintendo Nes Store display kiosk!! FULL working display!Â This is absolutely something rare, the majority of the time this consoleâ€™s kiosk display being sold off as just the table top half missing the plexiglass that covers the console, the original monitor not surviving the years and being replaced, and so on. This comes with it all, though the original key has not been mention. Itâ€™s a buy it now auction and the asking price is quite steep, so it will be interesting to see the kind of bites that might come along. 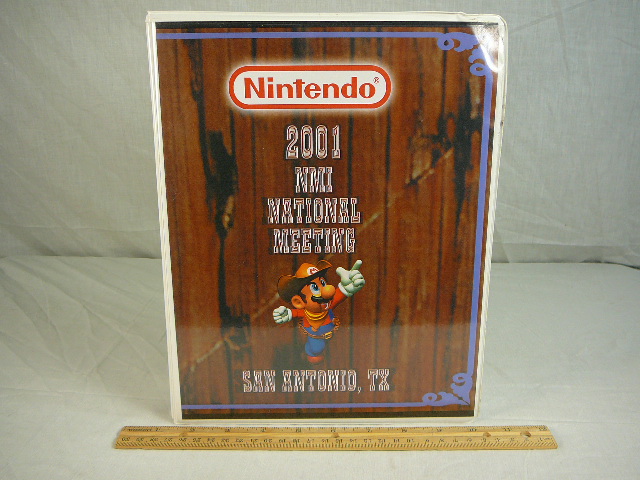 Nintendo 2001 NMI Meeting VHS Tape Set Rare Vintage Original MarioÂ Â Cool man! These tapes are from 2001 and are of the annual internal Nintendo Merchandising Inc. meetings. As described by the seller, they were only made available internally and showed the meeting and what was involved then. Cool little tidbit about Nintendo. 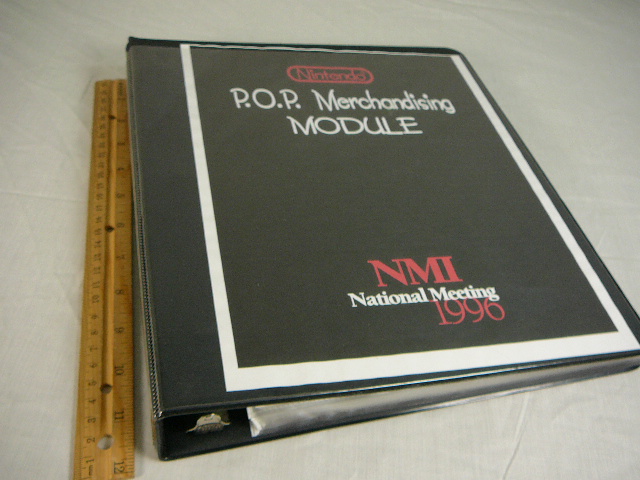 Nintendo 1996 POP Merchandising Manual Rare Vintage OriginalÂ Another really sweet deal, this time from 1996. This was a training binder which was from Nintendoâ€™s retail merchandisers training, and it includes internal information of what was going on behind the scenes at the time, as well as nifty little training info for doing a good job for the Big N. Â Thereâ€™s six days left to bid.

NEW Whac A Critter Sega Genesis Unreleased Game Cartridge EPROM Only Rom ChipÂ An unreleased, but interesting unlicensed game that was designed for the Genesis. According to online research it had a couple different names depending upon where it was released, including names such as, Mallet Legend, Whac-A-Critter, and Mallet Legendâ€™s Whac-A-Critter. Itâ€™s an exact clone of the arcade game, however as my memory serves me, there was a board you bought with a fake mallet and you would bash these buttons which corresponded to what was on-screen, the controller peripheral was unlicensed as well. This sale is JUST for the eprom cartridge only and is going cheap for buy it now, whereas you could perhaps make an offer as well. 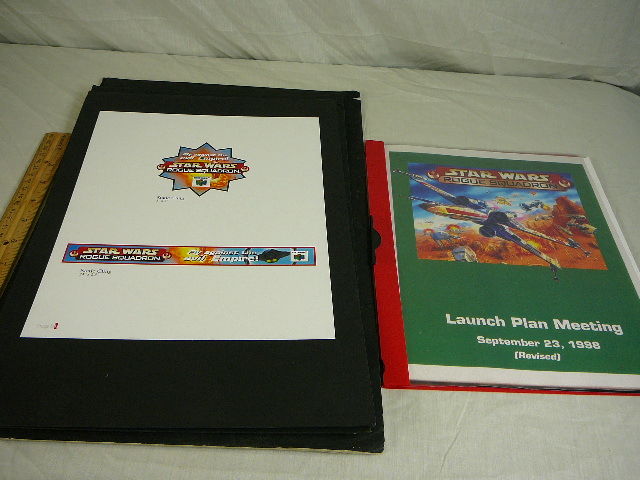 Star Wars Store Display Sample Presentation Boards Rare Vintage OriginalÂ Â Once again weâ€™ve got really rare internal marketing samples of the the 1998 game â€œStar Wars Rogue Squadronâ€. The material auctioned here was used to figure out what would be good to use for the in-store marketing, which at that time depended heavily on the retailer, as there was quite a large slew of video game retailers at the time.

Hey there one and all! My name's Neo Star, no not quite a video game, more along the lines of the name of the former company that owned Gamestop back in the mid-90s when it was known as Babbage's. I am all about fun, and enjoy hunting for the rarest and sometimes the most common of games, trinkets, anything else video game related you can think of.

My knowledge of video games past is not something that can be written as being the most astonishing library the world has known, but it is that of someone who lived through the evolutions of game playing as a kid growing up in the 90s, and with that said, I am a Sega fanatic, argue it if you would like, but I LOVED me some Sega.

I spend a lot of my time hunting the jungles of Ebay, and sometimes Craigslist, so if I find something that seems interesting enough to share, keep your eyes pealed, and please be gentle but honest with any comments, if my posts and finds are good, I'm happy, if they're bad, tell me, but be kind.

I am happy to be here and excited to share, so hello fellow Gamesniped aficionados.