So, I was glancing over news from the world of retro video games today and had to do a double take. I’m used to people repackaging or emulating old consoles. Heck, The Retron 5 does exactly this blending a large handful of classic console hardware emulation into one definitive, inexpensive $130 package. There’s also the Retro VGS, a completely brand new retro themed console which is bring cartridge gaming back. Both of those projects are cool because they’re reasonably priced. However, I nearly spit my coffee out when I found out that someone has repacked the guts of the Famicom and NES console into a shiny aluminum box, slapped on some arguably cool feature, and is selling this new NES at $499 a pop! 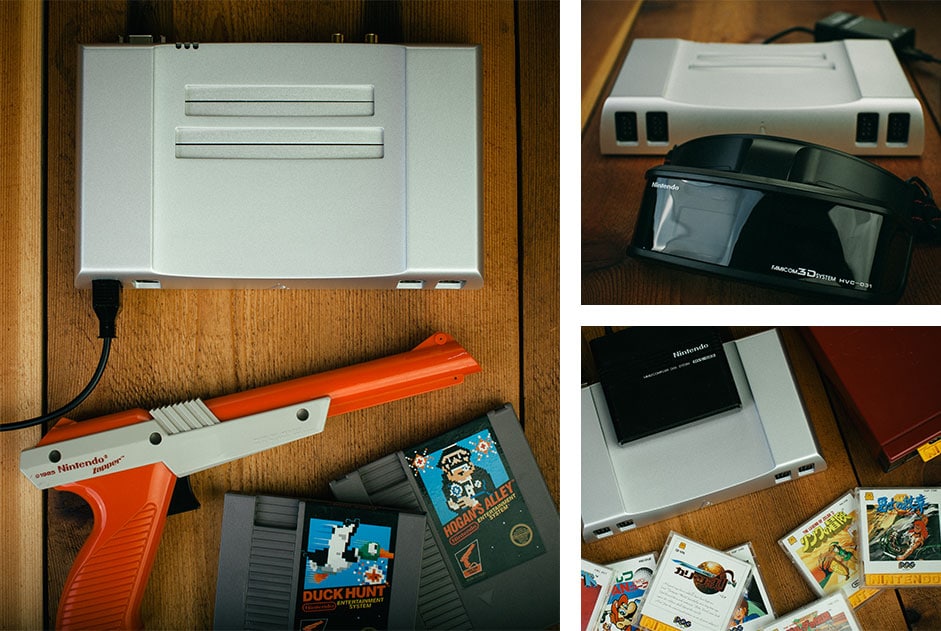 You may be wondering what exactly warrants sinking $500 into this system. After all, $500 is a lot of money for a system which ceased production back in 1995. We’ll start with some basics and features for this new take on the NES console. The Analogue NT is a new console with internal hardware from both the NES and Famicom. The system is completely region free (which is pretty awesome), so it accepts cartridges from either the North America or Japanese version of the console. Naturally, since the parts are originals and this is a glorified, heavily modded NES, no emulation is possible here. You must own real cartridges to play on the Analogue NT (though, once again, they can be either NES or Famicom carts).

The manufacturers of the Analogue NT at www.analogueinteractive.com specifically state that they purposely used a more expensive aluminum box to house the innards of the console. Yes, the cost could have been lower had they used a similar plastic to the original NES console. However, no compromises were made and the solid block of 6061 aluminum contributes to the high price tag. You can probably guess who Analogue Interactive had in mind with this new NES.

As you can see pictured above, the Analogue NT comes in a sleek, futuristic looking box. The front panel is very clean and offers 4 ports for local multiplayer. This is a bit superfluous considering not many official NES games include support for 4 players. However, I’m not one to bulk at additional features. Plus, I’m almost certain the additional ports don’t drive up the final cost. This console works with the original North American controller, Japanese controller, and a special 3rd party clone of the original NES controller.

According to my research, here is a list of NES games with 4 player support:

Finally, the Analogue NT has modern hook ups in the back for your high definition TV. Every console works from an RGB NES board. Analogue signals include RGB, Component, S-Video, and Composite. You can choose to spring for the HDMI upgrade (which costs an additional $80!) for upscaling to 1080p and the highest quality audio. Best of all, since the hardware here is the real deal, you won’t have to worry about lag or an authenticate experience. This is real Nintendo hardware heavily modded for 2015.

Now, I have to get to the flaws. I’m sure you can guess there are a few. Obviously, cost is quite high. I know, I know. The Analogue NT is high quality; no expenses were sparred. And, this price was passed along to consumers. I get it. But, I really think that the high cost will drive younger audiences away. Hell, I don’t really foresee retro collectors swarming to this in droves. I’m not sure why someone would want to spend $500 when a simply $20 – $40 can buy you an original NES in decent shape. It really sucks that the manufacturer charges you for the HDMI upgrade. And why oh why did Analogue Interactive not include at least one cheap 3rd party controller with the intro price? Is it really too much to ask.

Ultimately, the Analogue NT comes down to a few things: if you’re content playing NES/Famicom roms on a desktop PC hooked up to your TV, this is NOT the product for you. If you don’t mind purchasing a used (are there any other kind in 2015?) NES from eBay and soldering a high def upgrade into the console board yourself, this is not for you either. If you don’t mind dropping a bill (or two!) on a high quality, luxury re-imagining of the original NES console, you’ll probably be quite happy here. If you absolutely hate emulation but for some strange reason don’t want to use the original console, this is pretty much your only option. You could argue that the NT is a waste of money, but hey, we’re a community who enjoys sinking money on collecting retro video games and game memorabilia… As for me, I’m quite content with my Retron 5. I find the games and merchandise more compelling than the actual consoles. If you wish to check the Analogue NT out for yourself, you can do so here.