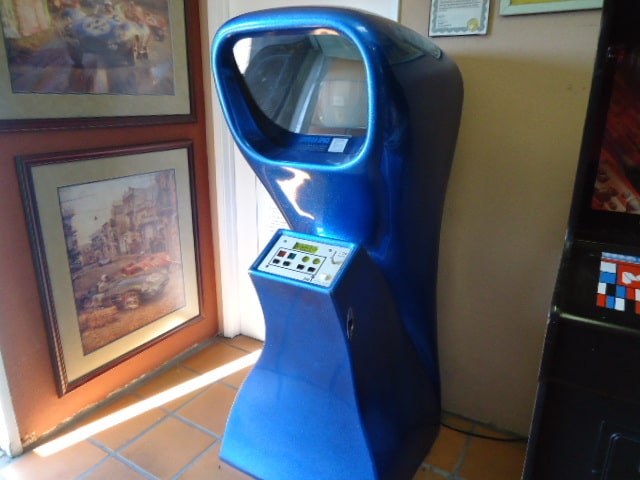 It’s not often that we make posts about arcade cabinets here on GameSniped – however, I deemed Computer Space worthy enough to take a prime spot, simply because of its history. Created in 1971 by Nolan Bushnell and Ted Dabney, the to-be-founders of Atari, it is often credited as one of (if not the) the first arcade cabinets ever made. Its sleek, Jetsons-like “futuristic” design quickly became iconic, and it’s made quite a few Hollywood appearances in films such as Soylent Green and Jaws.

This specimen, miraculously, is in perfectly working condition. You can find the auction here.

Dragon’s Lair laserdisc game – One Laserdisc (this one for a proper Dragon’s Lair arcade cab, ROM and board not included)…

Atari 2600 The Music Machine by Sparrow, cartridge only