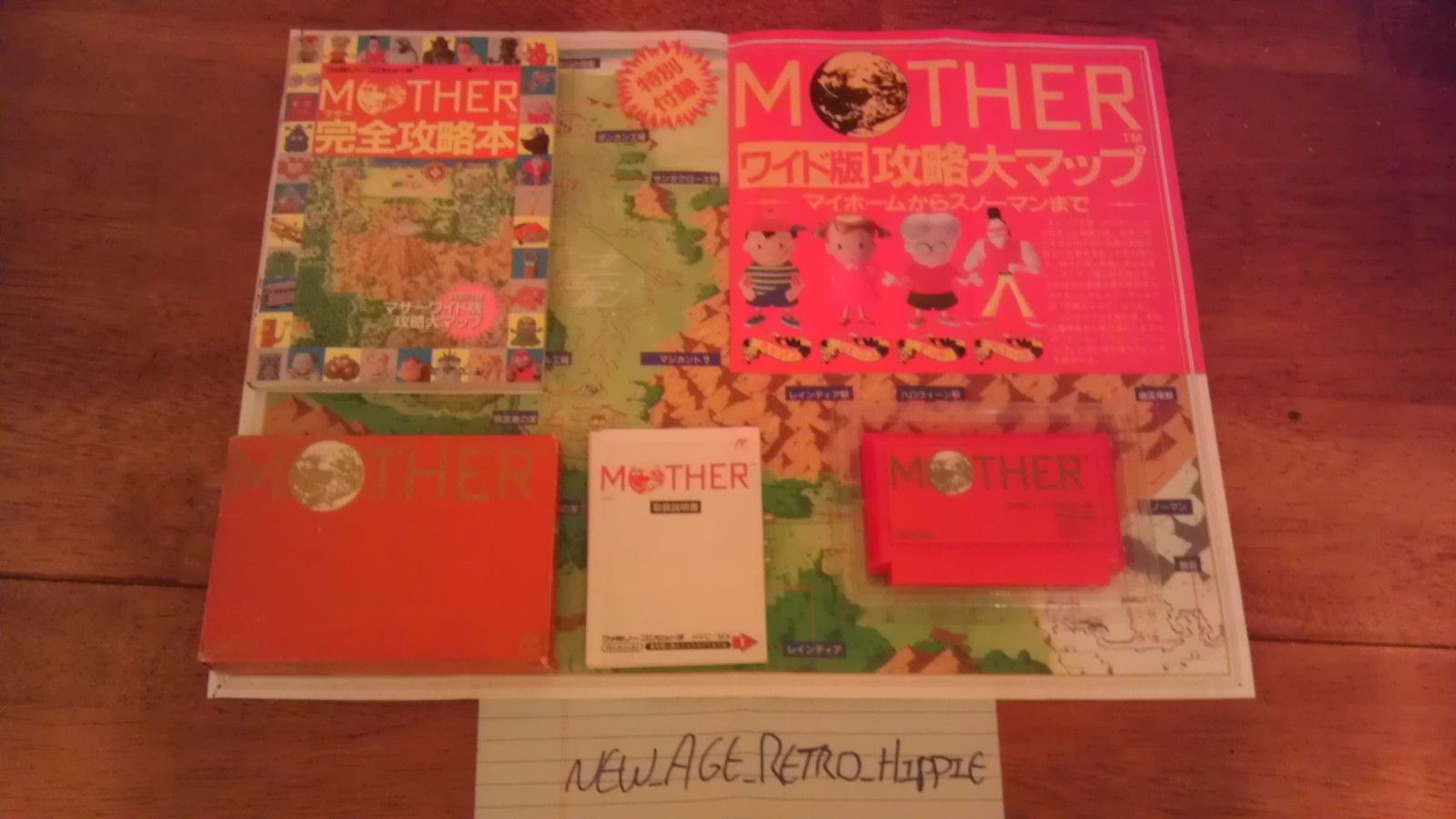 In this post I’ll be sharing a few Famicom games. Â Here we have Mother for the Famicom. Â It wasn’t released outside of Japan, however a finished USA prototype was found entitled Earthbound. Â Here is an original copy of Mother complete with all the inserts as well as a strategy guide. Â Of course, you will need to know a bit of Japanese to play it, but if you’re an Earthbound/Mother fan, here’s an item you can add to your collection.

Temple Del Sol Famicom PrototypeÂ – Released as Tombs and Treasures outside of Japan.

Family School for FamicomÂ – This was a limited promotional game given to Daiichi Life Insurance Corp. customers.

Super Pro Fighter Q for Super FamicomÂ – A backup unit released in 1993 for the SNES. It essentially saved ROM files to a 3.5″ diskette.

Tri Star Super 8 – Allows you to play NES and Famicom games on a Super Nintendo.

Famicom Kousen Juu Western Zapper – I thought you couldn’t sell weapons on eBay… OH, that’s a kid’s toy? Comes with a holster belt too (which I assume isn’t original, though it says made in japan)