eBay seller CENTRAL-PDF is going to be be a daddy. Great news for him, great news for you. In a move I can relate to since I did the exact same thing myself, he’s selling off the majority of his collection.

Up for grabs are a lot of interesting pal items (he’s from Spain) including a ton of Gluk games. Now, Gluk games have got a lot of press lately, both from myself and on popular NES forums like NintendoAge. For the past few weeks I’ve managed to find several of them with horrible auction titles in my quest to pick them up for cheap. I haven’t had much luck however, as they still keep selling for more than I’m willing to pay.

With that said, I won’t be surprised in most of these break $100 easily.

Even more interesting is that there`s a copy of the Gluk game Vollyeball. According to the forums above, there`s possibly only two of these in collectors hands. 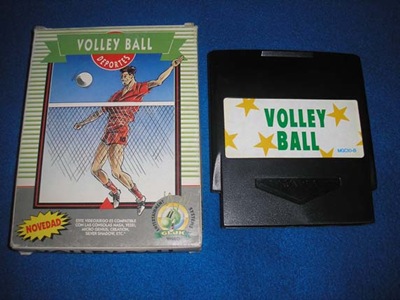 There`s also a copy of Thunder Warrior which includes a manual – nothing short of miraculous as none of these games ever seem to be found with one. 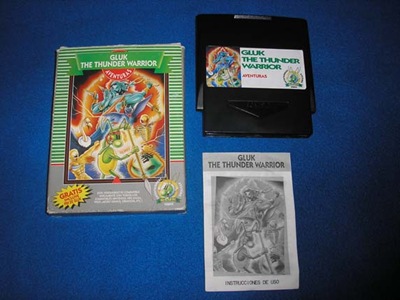 There`s also an interesting tidbit about the company which I was unfamiliar with. The seller says after some research they discovered that PHOTOPAK SA was the company that distributed Gluk Games in Spain. However, they were sued for importing VHS tapes from Andorra (a nearby country which interestingly enough, has the highest average life expectancy in the world at 83.52 years)without paying the Spanish VAT (Tax). They went to trial and subsequently lost, forcing them to stop all their activities, including distributing Gluk Games.

Check out all the auctions here.