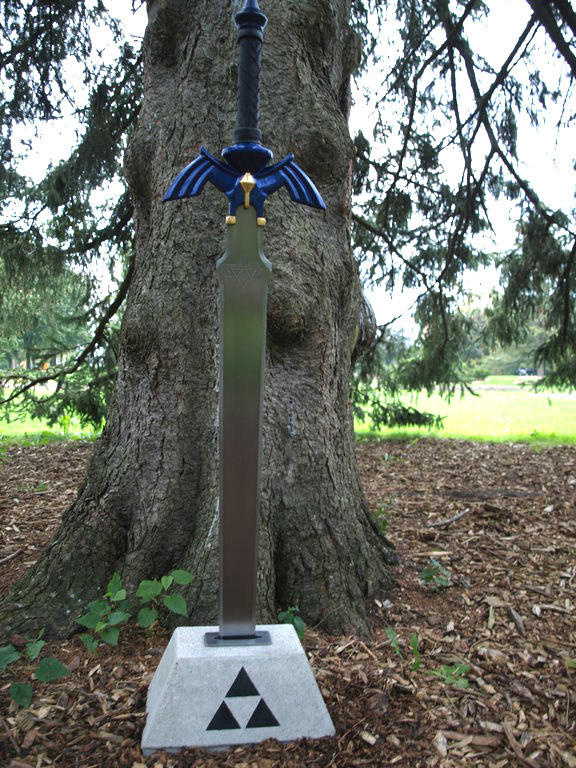 I’ve seen plenty of Master Sword replicas in my day, official or unofficial, but this one takes the cake. This full scale steel replica features an etched carbon steel blade, resin hilt and pommel, woven leather, and a stone Triforce display base. Absolutely gorgeous – Hylian Shiled not included! That’s a separate quest.

SongMate by Spectravideo for Atari VCS 2600 CompuMate – Here’s an interesting one – this was made for the Spectravideo CompuMate, a computer system extension of sorts designed for the Atari 2600. The CompuMate turned the 2600 into a fully-functioning BASIC computer, and featured an audio jack for interfacing to cassette tapes featuring programs like this one

Resident Evil Collection – Gamecube – An auction featuring all six Resident Evil games featured on the Gamecube. A great way to get into the franchise!