Out there in the gaming world, there are more games than any of us could probably imagine. I can’t even begin to try to guess at a concrete number. Most likely, there are even more of us gamers out there playing than any of us have ever really considered.

Connect With Gamers In the Best MMO Games

People all around the globe play video games; it’s actually one of those things that truly brings people together regardless of where they live in the world. So, why not enter the world of massively multiplayer online gaming with some top free MMO games?

Why Should I Play MMO Games?

With MMO games, it doesn’t necessarily matter where you are from or what your social class is. Sometimes, it doesn’t even matter what language you speak. These games cover all kinds of genres and themes. In Second Life, you can live a whole life separate from your real life. World of Warcraft lets you fight for your faction set in a fantasy landscape.

Interested In Playing An MMO Game? Learn About the Various Massively Multiplayer Games

One of the great things about MMO games is that there are tons of them out there to play. You can find them for just about any platform. You can get them for your PC or play online with just about any browser.

Play with friends, meet new people, or just play with whoever is online when you are. Even better, there are a whole bunch of these MMO games that are free to play without even having to bother to download anything.

It can seem pretty daunting to try to find the games worth playing—especially the free ones. I took some of the work off your hands.

Keep reading for info on best free multiplayer games we found that you might want to check out. 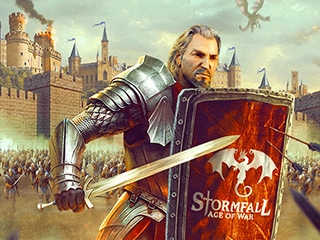 First up, let’s take a look at Stormfall. This is a dark fantasy from Plarium. You can play free online, no downloads are required.

Set in Darkshine, the Empire of Stormfall has fallen apart and evil is threatening to take over. The nobility fight among themselves and all hope seems to be lost. With the help of Lord Oberon, you will learn the ancient arts of warfare, diplomacy, and trade.

Gameplay involves you joining one of the Great Leagues of Stormfall or creating your own league. Build a castle and defend it from attackers. Collect and trade Scrolls to learn the Lost Arts of scribes and mages. Manage your food, iron, and gold resources so you always have what you and your people need. Your ultimate goal is always to defeat your rivals. 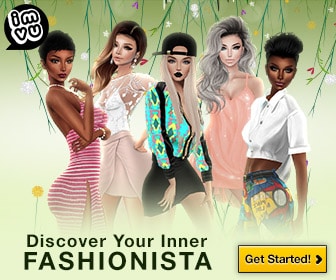 The premise of IMVU is a bit different compared to the last game. Think of something more like Second Life. There’s no real action or survival elements. This game is much more casual. Aimed at the 18-24-year-old age group (there are some a little older and a little younger). 13 years is the minimum age.

More than 50 million international players are currently registered. The goods catalog features more than 6 million items, many of which are created by players. You can create your own goods to use and sell.

When you sign up, you get your own 3D avatar to personalize and 1000 credits to use any way you want. After the first 1000, you can buy credits with real money or earn credits in the IMVU world. This is a world where you can meet people, chat, play games, and just have fun in general. The game seems more focused on style and fashion than anything else.

One more thing, IMVU doesn’t really stand for anything. According to its creators, that’s just what it’s called. 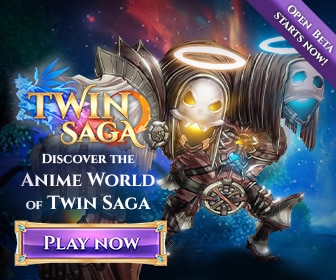 The Anime World of Twin Saga

Next up is Twin Saga from Aeria Games.

This is an anime style game, and as you might have guessed from the title this is a story about twins. In this case, they are twin goddesses who have far different intentions. You are on the side of the good twin and battle to protect the world from the evil twin.

There is a 9 class system that allows you to switch between the classes with a single character. You can do various jobs like fishing, sewing, plant gathering, farming, etc. to earn items. Collect energy as you go to get Ultimate moves that will help you in combat scenarios. One of the coolest things about this game is the Terracottage. This is a fully customizable house that lets you take your home with you everywhere you go in the game. 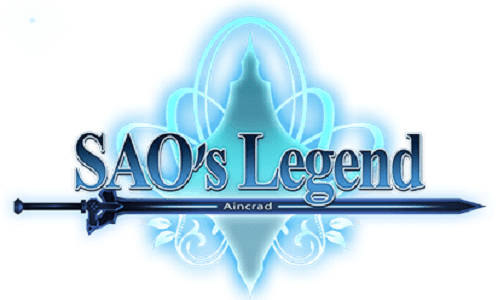 You play in a world called Aincrad and much of the world, including the characters, are based on Sword Art Online. Your character selection comes from 4 classes: Knight, Ranger, Priest, and Swordsman. Each class has its own special set of skills. You can get a Girl Friend, which is also called a pet (the game is criticized for having bad English translations—I really hope that calling a girlfriend and a pet the same thing is simply a bad translation) who will stay without you through the game and even help you in battles.

Take good care of your armor and weapons and use gemstones to fortify and upgrade them. The game also lets you make friends, join guilds, participate in special events, and maybe even get married if you choose to. Gameplay also includes various instances (from Gear to Aincrad) that offer their own, individual awards. 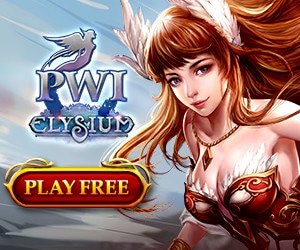 So did you like the past games? No? Well, the next 2 games I have for you are both from Perfect World Entertainment.

PWI, or Perfect World International, is published by Arc Games. You play as a resident of Perfect World forced to defend against the undead, also known as the Wraith, who is bent on destroying all of creation.

This game features one of the most uniquely customizable character creators out there allowing you to choose between 6 races and 12 different classes. You can join guilds consisting of up to 200 members and participate in faction battles of as many as 80v80 PvP using teamwork and strategy to win territory and money for your guild. You can quest or grind to earn and unlock skills, pets, weapons, etc.

Daily rewards are given simply for logging in every day. This game also has a free form flying feature, released in 2008, it’s called “the original MMO featuring flight.” PWI content is regularly added and updated expanding the game.

Entropia Universe is an MMO using the latest CryEngine for in-game graphics. It also features a unique real currency based economy where the US Dollar backs in-game currency. Everything you do in-game is worth something IRL.

The game features different professions like hunting, crafting, mining, and more. At the moment, the game features two to start out on. The two planets being Planet Calypso and Rocktropia.

The game is FREE to play, but you CAN deposit money if you feel the non-depositor method is slow for your liking.

The other Perfect World Entertainment game is the Neverwinter MMO.

This RPG is also published by Arc Games, this is a Dungeons and Dragons MMO set in the D&D World of Forgotten Realms. If you’ve ever played, or are at least familiar with D&D you will recognize the story driven, action oriented gameplay.

There are 13 different races with racial bonuses and 8 playable classes. The combat in this game is a bit more focused than some of the others and requires skilled attacks and dodging incoming attacks. Probably the most popular thing about this game is the foundry system. You can create your own adventures and earn extra rewards for playing and completing those adventures.

The monetary system uses gold and astral diamonds that can be earned for free in the game. This game is only a few years old, released in 2013. Player reviews typically praise the voice acting as well as the combat they call fast, fun, and fluid. Oh, and there’s also a zombie emoji. So, that’s a plus!

On the other hand, reviews also criticize the PvP as an uneven matchmaking system, content is limited for those utilizing free play, and you’re forced to pay for most necessary items. All told, this game has extremely high-level production values for a free game.

Video Game Memorabilia Worth Checking Out

I was looking for video game memorabilia for MMORPGs and found a couple World of Warcraft collectibles for you.

In addition to the World of Warcraft merchandise, I found some merch from gaming cons known for including MMORPGs