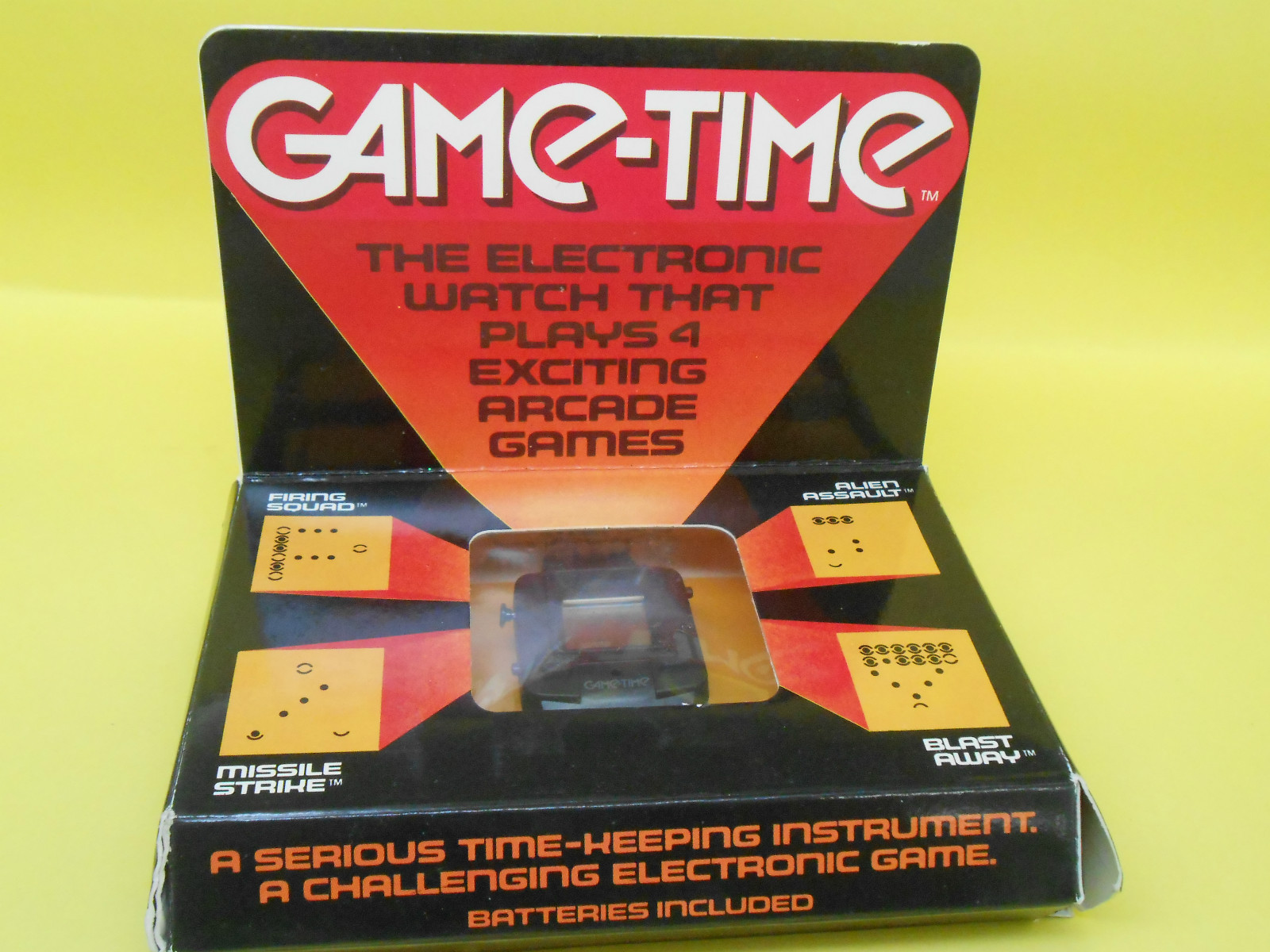 Here is a watch released in 1981 as a part of CGE’s series of game watches. CGE, the company who later created the Vectrex, released 3 different watches named “Game Time”, “Sports Time”, and “Arcade Time”. Â This auction is for the Game Time watch. It even comes fresh in its original package. Â Pretty fun piece of history, and cool swag for a Vectrex fan!

Â 5 NES Prototype/Unused Game BoxesÂ – These were displayed on the wall at CES shows, hence why there’s nothing on the backs.

Mermaids of Atlantis for NESÂ – Like Bubble Bath Babes? Â This is the same game, minus the nudity (95% of people stop reading this by now). Â All jokes aside, this is a fun little game in itself, sorta like Columns on Genesis, but for NES. Â If you like puzzle games, try this one out without having to spend close to $1,000 for BBB (though I’m sure the nudity is tempting for many…)

Barker Bill’s Trick Shooting Promotional Prize Giveaway CIBÂ – This was given out as a first place prize if you were 1 of 3 winners for a post card drawing contest.

GSN Game Show Network Atari 2600 ControllerÂ – This was a prize giveaway from GSN to promote their new show on video games.