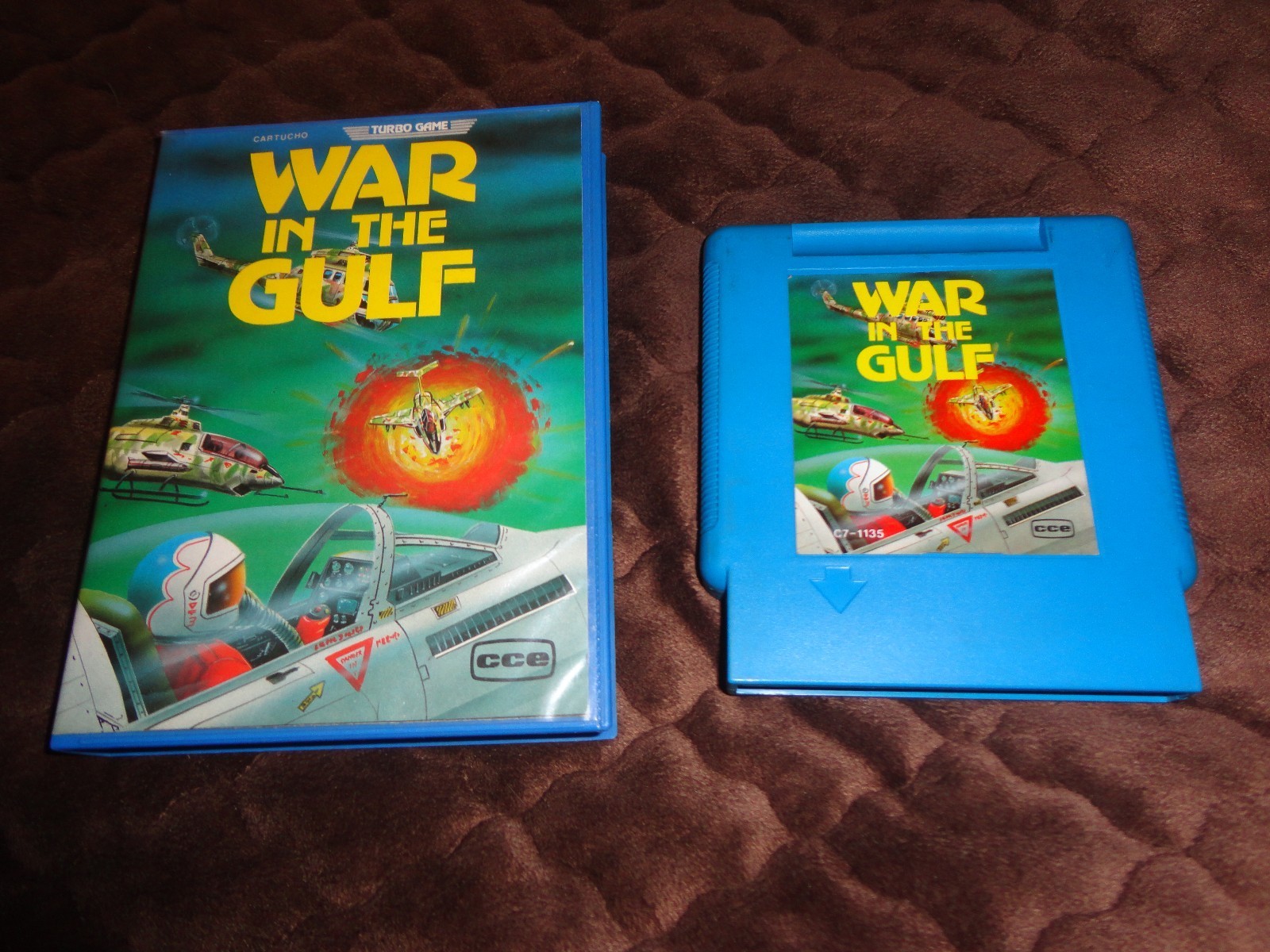 This post is dedicated to NES collectors who want something new and different. Tired of chasing Stadium Events and Little Samson carts? If you want a conversation piece for your collection and not the same ol’ same ol’, look no further.

Here we have War in the Gulf for the NES. It was an unlicensed SHMUP game released around 1991 in Brazil and a few other territories. The one from this auction is the Brazilian CCE version. The game is quite graphically impressive and provides a nice challenge for hardcore SHMUP fans. Did I mention this game features music from popular rock/metal bands? See my site here for more details: NES Artifacts – War In The Gulf. Nonetheless, these don’t pop up too often, especially boxed. Auction here

Gluk Volleyball CIB – One of the rarest Gluk releases

Smart Boy Tetris – This is one of a few Smart Boy releases for NES. These were available at certain rental stores, and were mainly sold as cheap alternatives to official releases. Very tough to find

Asian version Metroid cart only – Want a new variant for your Metroid collection? This is an official Asian release of Metroid, featuring different artwork.

Sneak ‘n Peek for NES – A homebrew created by KHAN Games. It’s a well-done port of the Atari 2600 game of the same name. This release is out of print, and there’s not too many out there. Fun game to boot!

Bust-A-Nut Flight of the Harbinger – This is a homebrew created and released by NintendoAge member “Mario’s Right Nut”. It comes CIB with a unique case design as well as many inserts.

Super Turrican for NES – This is a PAL exclusive (works fine on NTSC as well) released in 1993. It is a proper port of the Turrican series and is the only licensed NES game that was created by 1 single person, Manfred Trenz, whom did the graphics, programming, design, and music! I’d consider this a hidden gem for NES, not only a collector’s piece, but a joy to play as well.

Rodland – Another PAL exclusive, released only in select European countries on the NES. Tough to find, US seller too!

Miss Peach World – Miss Peach World is a hack of the Color Dreams game Menace Beach. The game was distributed through the japanese company Hacker International and featured cutscenes of nude women. Little known fact, the prototype for this game was entitled “Mr. Assy”. 😉