Today we have a prize pack which includes:

Any NES game of your choice from GAMEREPRODUCTIONS.COM & Two NES or SNES USB RetroPorts from RetroUSB.com (Winnerâ€™s Choice). 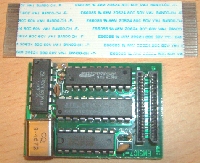 As well as a bonus random prize of an Extreme Flash Advance 256Mbit LC, GBA flash cartridges from TotalGBA.com

It will be a TRUE test of your gameSniped abilities. Stay tuned for the best prizes yet!

First correct answer via comments wins. Once again, you NEED to be registered to win. That’s the only way I can confirm your the person who posted and make sure you get your prize. Go here to register.

ONE ONE ENTRY PER PERSON.

Side note: Hotmail users are having trouble getting their registration messages. Contact me directly if you cant so I can reset your password and send it to you. And once again, I’m going to give out the second prize to a random registered person tomorrow morning. Only one entry per person.

If you’ve won a previous prize, you’re ALLOWED to enter any subsequent daily contest. However, you can only receive one prize pack. The other goes back up for grabs. Say for example you win day two and day five. If you like day five better, you can take that instead, but the day one prize will be awarded to someone else. Apologies for the changes, but it’s in the interest of fairness.