I’ve been saying for a long time that NES Collecting is losing popularity. I could write a massive article on this, but in my mind it’s for two reasons. First, all those who have actual nostalgic feelings towards the system have phased out as they rediscover their favourite games. They picked them up when retrogaming was becoming massively popular, played them, then moved back to their modern systems when they were done

Secondly, hardcore  collectors are getting close to finishing their collections. The NES is easily one of the systems with the most collectors who are close to, or have, reached that point.

These two causes are having the two same effects.

Common and popular games loose value, rare and obscure games are climbing up in price.

The rarest NES games are rising in price. That’s a fact. Especially Minty CIB copies of games like Flintstones 2. 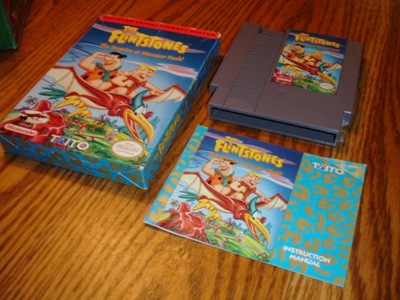