I ran across these the weekend, and found them pretty interesting. 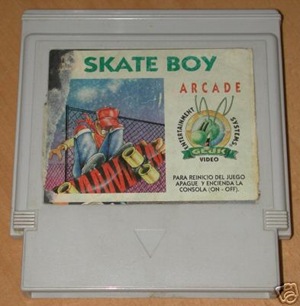 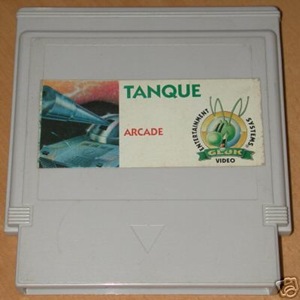 According to the seller:

Game from Gluk Video / Caltron / MegaSoft / NTDEC!  This is an original European release that was never released in America. Other games developed by Caltron / MegaSoft and published by Gluk Video have been found in their original boxes and I firmly believe that these are legit unlicensed PAL releases (the only other unlicensed PAL releases next to the Codemasters and HES releases).  Excellent addition to any NES collection!  As can be seen in the picture, the game has the same cartridge shape as the Caltron / Myriad

Now, according to NintendoAge they’re are an R8 and R7 respectively. Now, I think the world of NintendoAge and know the majority of their database is spot on with information no one else has. I’m curious how they attribute these specific rarities though. My thoughts on the Spanish (and most international section) releases, are that they’re near impossible to be accurate unless there is a large enough body of collectors contributing to it. Or alternatively, there is someone who is extensively monitoring NES auctions on the Spanish version of eBay. Either way, I don’t doubt there rare and hard to get a hold of, just curious how a specific number is given for international sections.

Anyway’s, bottom line is that I think the person who paid $125.00 overpaid. The $275.00 BIN is even more ridiculous. Any chance this was listed on cheap listing day?

I spent some time collecting Brazilian NES releases, and I understand how desirable both foreign pirate and original games can be. Do what I did however. Find some local video game collector who has no interest in the NES. I agreed to pay a flat $5.00-$10.00 per cart rate to a friend I had in Brazil. Anything he ever saw under that, he picked up and shipped to me.

Anyways, I know there a few large NES collectors who are very active readers here, and I’d love you opinion on this.