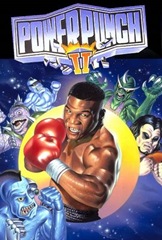 Well, you may get your chance soon. Those wacky folks over at NintendoAge are organizing a group buy to have the owner of said proto cart dump and distribute the rom.

Never heard of the game?

The game’s production ran into immediate trouble, however, following Tyson’s incarceration for the rape of Desiree Washington. Beam changed the Tyson character’s name to Mark Tyler and modified King but did little to change Tyler’s in-game character sprite.

Nintendo saw the game and disliked it, refusing to publish it due to lack of quality. Eventually, American Softworks Corp. published the title, and the game was released on the NES as Power Punch II, despite the fact that there never was a first Power Punch title.

Here’s an exert from the group buy thread:

OK guys I am sure most of you have seen the thread DreamTR started about his protos.  What I am wondering is do you guys as a community want to try and get this game released via ROMs.  He is asking $2000 for it to release the ROMs.
So how many people would be willing to pony up at least 20 bucks to get this game released for us all to enjoy.  People would be encourage to donate at least 20, more if you can spare it to get the game released for the community.  Keep in mind that all this $20 gets you is a copy of the ROMs playable via emulator only, and NOT a actually game cartridge.  (I am sure a certain silly rabbit named bunnboy would have a physical cart release of it though if this happens).  If there is enough interest then we will pursue the project, if non one seems to care then the game will remain unreleased.

Also as an added bonus to hopefully get more people involved.  Anyone who donates at least $20 bucks will get a sexy boxing glove icon by their name for all eternity!

These icons will only exist for people who donate, and will only happen if we can generate anywhere near 2k./
As some of you know, this game is quite similar to PowerPunch II which is already released on the NES.  MTIPP has several different image and sprites, and a different title screen of course (seen below).  The game play itself is close to the same.  I don’t think Dream has played to far into the game to see how much stuff is actually different though.  I think this is an important piece of NIntendo history and I for one would LOVE to see it get released.

Please post and LMK if you are interested in donating to the project in this thread, and for how much.  Please don’t say you will donate 100, and then actually only send 20.  And if you don’t care about the game at least you can get a new sweet icon that most people aren’t going to have, lol

Personally, I don’t find it as interesting as say, a game that never saw release in any form, but I threw in $20.00 to help the eager folks out. The owner actually reduced the price to $1500.00 and as of posting, they’re only a couple hundred short.