Classic Gaming Expo enters its eleventh year as the world’s first and largest event paying tribute to the people, systems and games of yesteryear. The 2010 event guarantees to be the biggest and best ever, with lots of surprises to be announced as the show draws near. As always, CGE is open to the public and gamers of all ages are welcome!

I (obviously) have wanted to go to CGE for years. Being Canadian (and as easternly away as possible) it has just never happened. I thought that this year I was finally going to make it,Â I really and truly did. However, for a variety of reasons, that’s regrettably not happening.

Thing is, I would really, really, really love to have a daily recap on gameSniped for CGE and even more so, would love to have a writeup or video on the museum and auction. Would anyone be willing to contribute something to that extent? Please comment with your info or email me at link@gamesniped.com.

There’s some snazzy homebrew releases coming out at the show too:

The Void for ColecoVision
“This is a homebrew ColecoVision game. It is a horizontal space shooter with strategic elements.”

Turbo for Atari 2600
Turbo is based on the popular 1981 Sega arcade game of the same name, but was never commercially released by Coleco for the 2600. Turbo was demonstrated at the 1983 Consumer Electronics Show (and was even featured in Colecoâ€™s Atari 2600 catalogs) but was never to be seen again, even though it was roughly 80% complete at the time. Only when former Atari 2600 programmer Anthony Henderson discovered a copy of Turbo in his attic many years later did Turbo finally see the light of day.

Duck Attack! for Atari 2600
Duck Attack! is a brand new homebrew game by Will Nicholes. The object of the game is to collect enough eggs to advance to the next level, while avoiding the mutant, fire-breathing ducks, and other deadly objects. Duck Attack! is an impressive exploration adventure game, squeezing every last ounce of power out of the Atari 2600’s modest hardware. If you like Adventure, you’ll love Duck Attack!

K.O. Cruiser for Atari 2600
K.O. Cruiser is a first-person boxing game that matches you against six different boxers with different strengths, weaknesses and styles. Do you have what it takes to be the champ? Is the Gold Belt within your reach? Letâ€™s find out!

FailSafe for Atari 7800
FailSafe is a new Atari 7800 homebrew game by Bob DeCrescenzo (aka, PacManPlus), who has a stellar track record in releasing a variety of high-quality arcade ports under his belt. FailSafe is an unofficial sequel to Atari’s original game Countermeasure for the Atari 5200. In February 2010 AtariAge held a FailSafe Label Contest to solicit artwork for FailSafe’s cartridge and manual. We had 50 great submissions, with the winning label submitted by AtariAge users Jah Fish and Nonner242.

Motocross Challenge for GBA (front – back)
“We will be releasing what I believe to be the first GBA homebrew game at CGE. It will play on all versions of the Game Boy Advance as well as the first two versions of the Nintendo DS, which are compatible with GBA games. We are making 50 copies of the game to be premiered exclusively at CGE! We will also have our GDG HH exclusive VCS titles (Shield Shifter, Strip Off, Chase It!, etc.) at the show with other homebrew games. We also have a few other projects and surprises in the works …”

Also, here’s some photos of gameSniped’s Italian stallion (Nicola) at the CGE auction in 2007. Photo credit goes to Jumpman Jr. and Fadeweb. 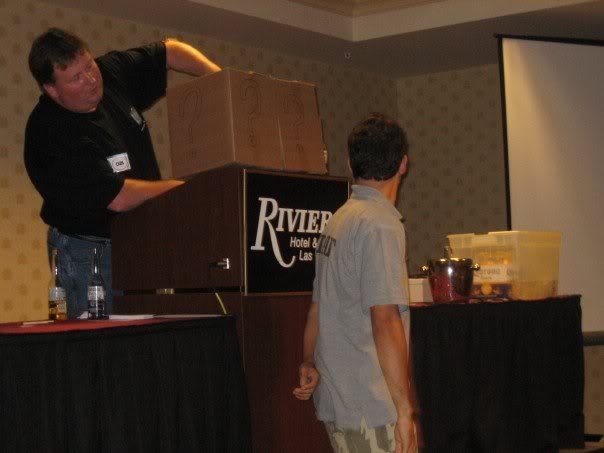 Nicola won the 3rd mystery box. BUT, he had to decide whether he wanted to pick the left one, or the right one. He knew that there was a bunch of prototypes in one of them, however. Nobody knew what was in the other one. 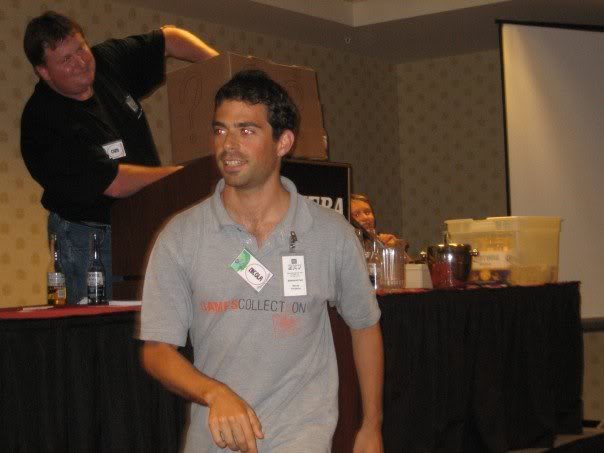 He got the crowd going… 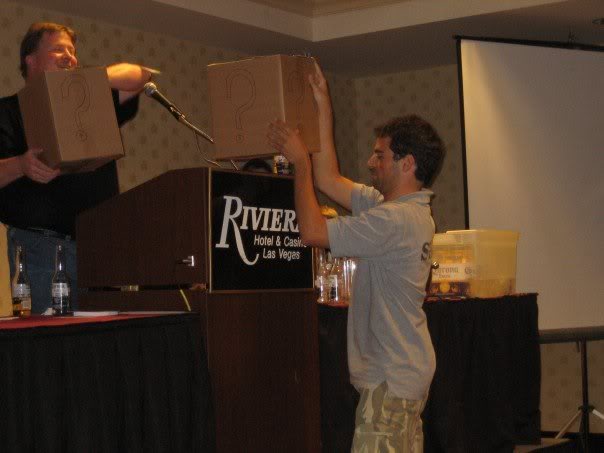 … and ended up picking the left… 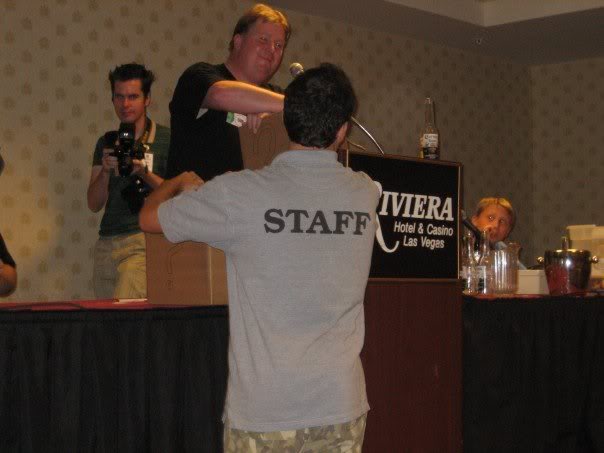 …which turned out to be the prototypes, which he wanted. 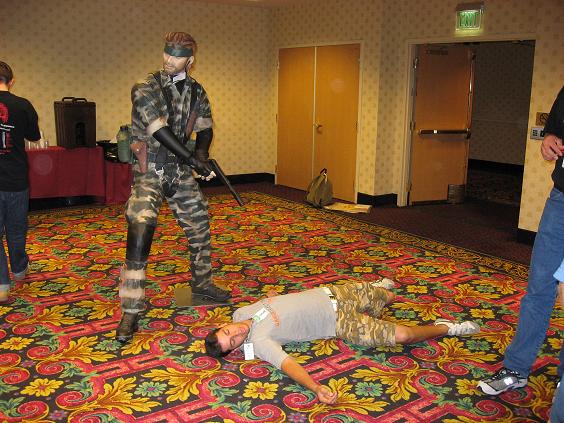 The auction is one of the best parts of the show. Lots of really rare stuff shows up,some proceeds go to charity, and from what i understand it’s entertiaing as hell. Here’s some auction results from 2007 (credit BydoEmpire):

If you’re heading there this weekend (and I know many of you are) enjoy yourselves and shoot a few photos my way!