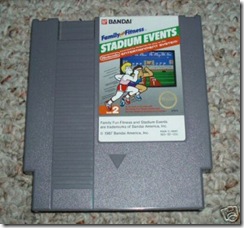 After the last cartridge sold for $1,800.00 (which was more than many collectors expected) it looks like another seller is hoping to take advantage of those willing to pay that much.

ultimate_video_game_connection has one up for a BIN of $1,775.00 with the best offer option available.

Apparently the seller is trying to raise some funds for the Sealed NES Games being sold by Nintendo Canada.

They’ve also got a complete in box Computrainer Bundle for sale on NintendoAge. 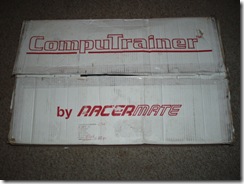 This was essentially the first exergaming (think Wii Fit) system released on the market in1986. Designed as a training aid and motivational tool, the Computrainer allowed users to ride through a virtual landscape generated on the NES, while monitoring data such as power output and pedaling cadence. The product had a price that was far too high to be considered as an entertainment product, but was affordable by dedicated athletes. The company actually continues product development continues to this day, where it now runs on Windows with extensive graphic and physiological capabilities.

Side note, after the Nintendo Of Canada auctions being pulled for charity violations (stupid eBay), they’re being relisted.