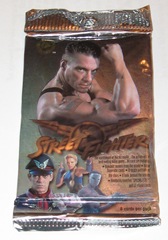 I was in my local dollar store today, looking for something to occupy my time while I waited for the wife. Now, it’s not often I find something here to buy, but when I do, it’s usually a doozy. Cheap, ancient retro crap has a way of turning up here.

The excitement of the hit movie….. The action of the best selling video game…. 90 card set features: *Dynamic scenes from the movie * Game Superstar cards * In depth portraits of the stars * A look behind the scenes *SPECIAL F/X and LE chase cards

With that text, I was sold. Actually, I was sold the moment I saw that packaging. Hell, if it was priced at a buck instead of two I would have bought every pack in the store.

So what were the cards like? Utterly amazing! Well, maybe not. For two bucks though, I’ve gotten much less for my money.

Check out what I pulled, two (yes TWO) Zangief cards! Look at that guy. I’d switch teams for that Mr. T Mowhawk. 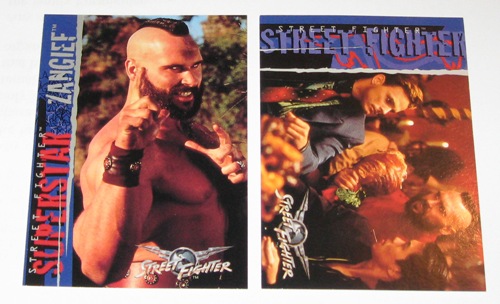 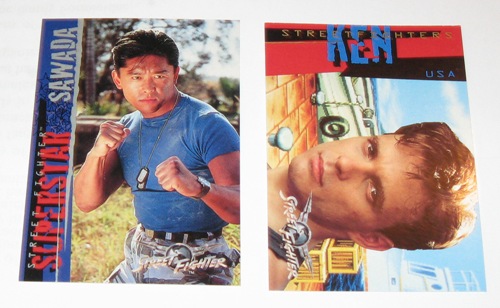