I grew up on games from iD. Comander Keen? Wolfenstien 3D? Doom? Quake? That was the eara that got me into PC gaming. I still remember this first time I saw Doom – it was so real!Â

Ok, break from this article. I wikied to see when those games we released and see Doom was released in 1993. Sixteen years ago = which suddenly makes me feel old. Not only that, but It has me wondering how I would feel about my son playing a game that is so violent and realistic (comparatively) when he’s only ten. *SIGH*

iD. So, a former artist is clearing out his closet.

WHO:Â Paul Jaquays worked at id from1997 to 2002, designing and developing game levels forÂ Quake 2, Quake III Arena and Quake III: Team ArenaÂ and interacting with theÂ Quakegame community to enable hobbyists to create use made content for idâ€™s games. Prior to id, Paul had been a career long artist and game developer in both the digital and traditional hobby game fields, most recently working for TSR, Inc. the publishers ofÂ Dungeons o& Dragons. After id, Paul went on to Ensemble Studios and worked as an artist onÂ Age of Empires III, The War Chiefs,Â andÂ Halo Wars.

WHY:Â Paul is clearing out years of accumulated gaming memorabilia and some original artwork. Most has been stored in dark and unappreciated places and deserves a better home. The funds generated by the sale go towards defraying college costs for the Jaquays children.

Available are some very nice and unique items with history.

Thereâ€™s a bunch of promo items, original art and some sealed games that are fetching more than I expected. Definitely work a look. 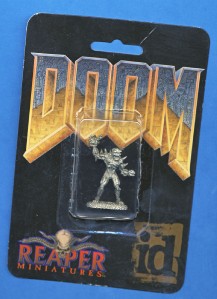